At approximately 7:10 p.m. on Monday December 13, 2021, the Sacramento County Sheriff’s Office Communications Center received a call from a resident on the 2000 block of W La Loma Drive in the city of Rancho Cordova stating they heard several gun shots.  An additional caller from the same area affirmed they also heard gun shots. 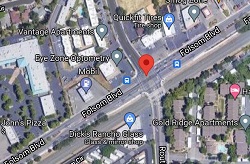 On Tuesday December 7, 2021, at about 7:20 PM, an unknown suspect conducted a smash and grab grand theft at the Macy’s in Arden Mall. The suspect was dropped off in the parking lot by an unknown subject and walked inside of the store. Once inside, the suspect used an object to break the jewelry display case and take approximately $100,000 worth of jewelry before running out of the store and through the parking lot. The suspect ran across the street where they got back into the silver Mercedes and fled the scene. Some of the stolen jewelry items include gold chains, and gold and diamond rings.
The suspect is described as unknown race, medium build, wearing a black Backwoods hoodie with gray sleeves and a gray hood, black pants, black shoes, gloves, and a full face black face mask. Employees on scene stated they observed light colored skin around the eyes of the mask. 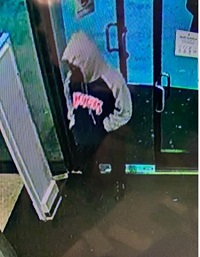 NEW PHOTOS!!
On October 3, 2021, at around 12:30 pm in the area of Rock Creek Way along Morrison Creek, a subject shot through a chain link fence at a 5-month-old dog in a back yard.  The dog suffered severe pain and internal damage.   The dog' has since died.  The suspects possibly live/go to school in the area. 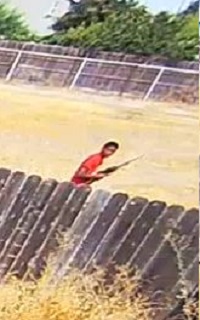 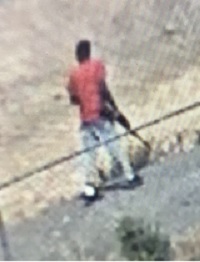 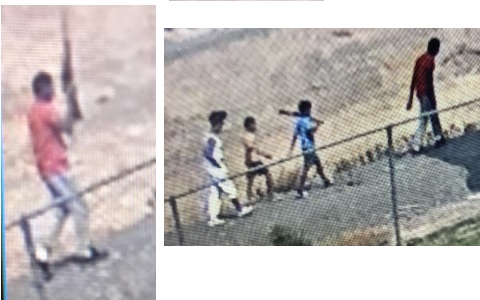 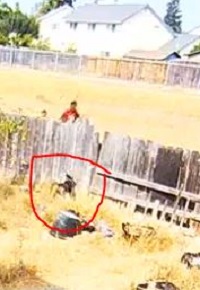 On November 9, 2021 Jessica Beasley was located deceased in the area of Northgate Blvd, south of Garden Hwy.  Her death has been ruled a homicide.

The Sacramento Police Department is looking for any information in this case. 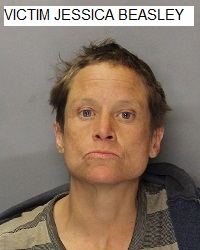 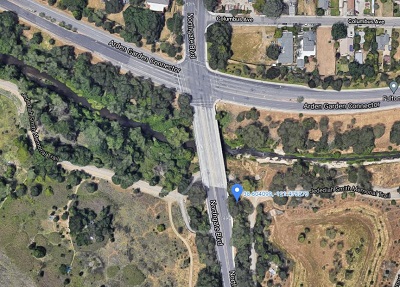 At approximately 11:47 p.m. on Thursday, August 05, 2021, the Sheriff’s Communications Center received a call regarding a subject lying on the sidewalk in the 6400 block of Verner Avenue in Sacramento County.

Upon arrival, deputies located David Riggle, who sustained at least one gunshot wound. Deputies provided emergency medical aid to the victim; however, the victim was pronounced deceased at the scene by responding personnel from the Sacramento Metro Fire Department. 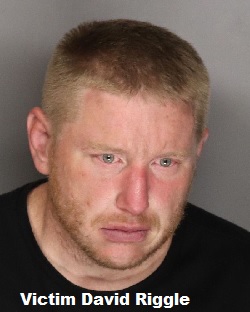 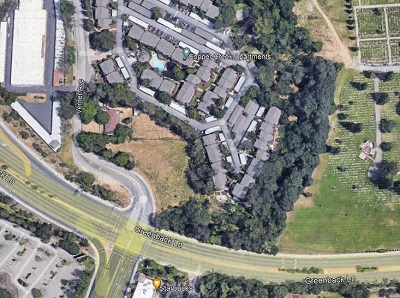 At approximately 11:37 p.m. on Wednesday August 25, 2021, the Sacramento County Sheriff’s Office Communications Center received a 911 call from a resident on the 9400 block of North Kiefer Boulevard in Sacramento stating that an adult male subject was lying on the ground outside the residential apartment complex entrance.
Deputies responded to the location and found an adult male victim who suffered from a gunshot wound to the upper body.  Fire arrived moments later and pronounced the victim deceased at the scene. The victim was identified as Toriano Miguel Mason, 20, of Sacramento.
Mason graduated from George Washington Carver High School and attended Barber College. He recently graduated from Barber College and was working at a local barber shop with his father. 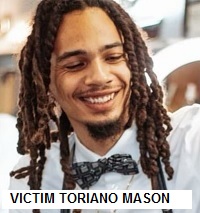 The Placer County Sheriff’s Office is investigating the homicide of 30 year old James Pascual Rodriguez out of Grass Valley, CA.  James body was located in a canal in Colfax, CA on August 5, 2021.  Rodriguez’s body was partially clothed and his feet were bound together. An autopsy revealed the cause of death was trauma related.

Rodriguez frequented the North San Juan area of Nevada County in addition to Grass Valley.  Detectives from the Placer County Sheriff’s Office are seeking any witnesses with information regarding Rodriguez death or recent events involving Rodriguez, which may be related to his murder. 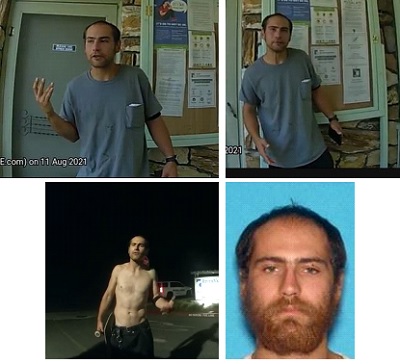 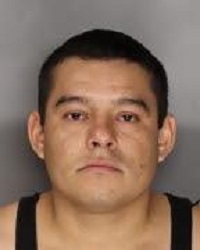 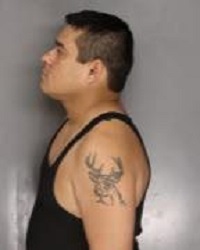 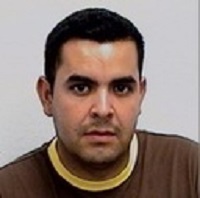 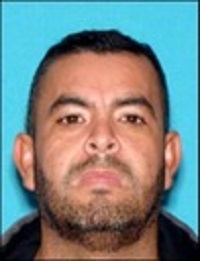 On Saturday, July 17, 2021, at about 12:19 PM, two suspects forced two victims off the road during an apparent road rage incident.  The suspects chased the victims to the area of 5300 Franklin Boulevard, where they physically assaulted both victims.  At one point, Suspect #1 poured gasoline over both victims while holding a lighter and threatened them by stating, "I'm going to burn you and your house down!  I'll kill you!"  Suspect #2, who was driving, intentionally sideswiped the victims' vehicle.
Suspect #1 is described as a Black female adult, 5' 5" tall, 110 pounds, slim build.  She has short black hair (possibly corn rows), and brown eyes.  Last seen wearing a light-colored hooded sweatshirt.
Suspect #2 is a Black male adult, 5' 8" tall, 150 pounds, slim build.  He has short black hair in dreadlocks, brown eyes, and a thin black mustache.  Last seen wearing a white T-shirt with red Puma brand logo on the front. 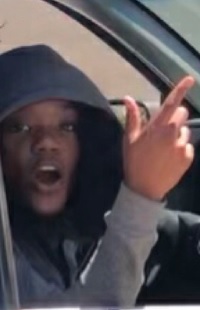 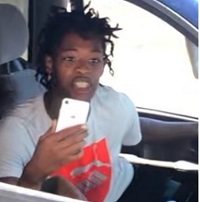 On May 28, 2021, at 7:08 PM,  the victim was sitting on a bench at the Consumnes River College light rail station at 8370 Bruceville Road when she was approached by the suspect.  The suspect asked if she wanted to make some money and she declined.  A short time later the suspect violently assaulted the victim, resulting in her being knocked unconscious.  The suspect then grabbed the victim's cell phone, debit cards, and other items before fleeing the station on foot. 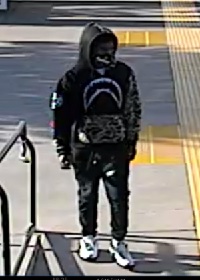 Sacramento County Sheriff's Deputies are seeking the public's help to identify the person(s) responsible for a shooting in North Highlands on Monday, June 21, 2021.
A man was killed and a woman was injured after someone opened fire at
about 9:20 p.m. at the home in the 4400 block of Oakhollow Drive, near Roseville and Walerga roads.  A woman called authorities to report she had been shot at the home.  When Deputies arrived, they found a man dead with wounds to his body and the woman, who appeared to have suffered a gunshot wound.

Homicide detectives are seeking information about a shooting that killed a man in his apartment in Carmichael on Monday, June 21, 2021.

The fatal shooting was reported about 2:10 PM at the Hawthorne Apartments on the 5800 block of Sutter Avenue, just west of Fair Oaks Boulevard.

Officials said a young man who lived at the apartment complex was talking with two other adult men who did not live there when they got into a disagreement. The young man then went back inside his apartment.

A few minutes later, the young man was shot through the door of his apartment and sustained two fatal gunshot wounds,

People the victim knew were trying to drive him to a hospital when deputies arrived at the apartment complex.  Deputies found the man with gunshot wounds and started performing life-saving measures. Medics arrived moments later and pronounced the man dead. 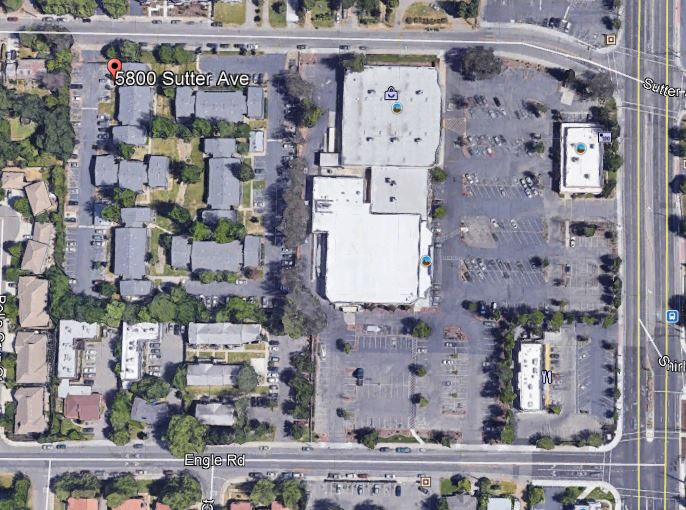 On April 30,, 2021, at 4:46 PM, two suspects walked into a market on Northgate Boulevard.  They robbed the market at gun/knifepoint, taking over $12,000.  They were last seen northbound on Northgate Boulevard.
Suspect #1 is an Hispanic male, 15-25 years old.  He wore a hooded blue sweatshirt, sunglasses, blue facemask/bandana, white short with blue stripes on the sides, high knee socks, and black and white Nikes.  He was holding what appears to be a handgun.
Suspect #2 is an Hispanic male approximately 15-25 years old.  H wore a black beanie, white sweater with blue collar and cuffs, sunglasses, one glove on right hand, white sweatpants, and black Nikes.  He had a black/white Puma backpack and is holding what appears to be a knife. 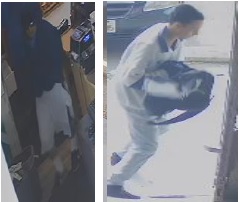 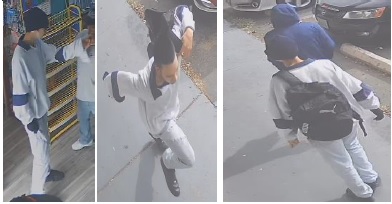 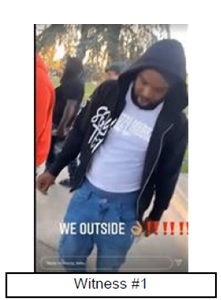 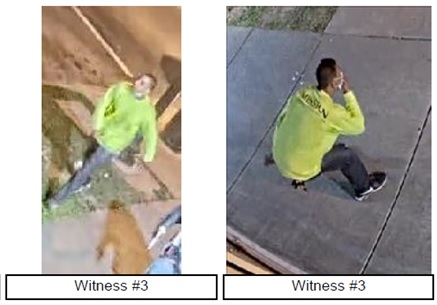 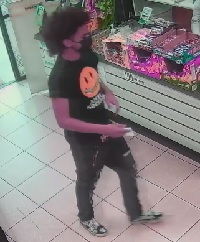 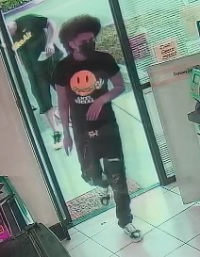 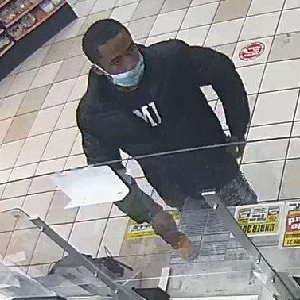 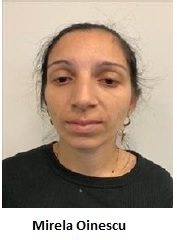 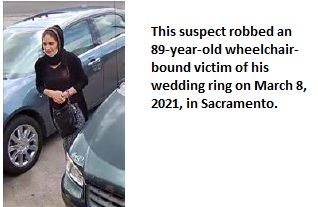