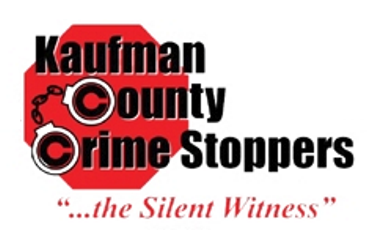 If you have any information about these crimes or any person(s) involved, you are urged to call Crime Stoppers at or submit a Web Tip .  You do not have to give your name.  CRIME STOPPERS will pay a cash reward of up to $1000 and you can remain anonymous.

On Thursday July 22, 2021 at approximately 1853 hours  Officers responded  to 1446 West Moore Avenue (Little Caesars), Terrell, Kaufman County, Texas to a robbery. The caller stated that a white male in a grey Chevy truck took their phones and wallet.
Victim stated that they had parked behind Little Caesars while they waited on their pizza. A grey Chevy truck entered from the red light and began to slowly drive through the parking lot and look at vehicles. The driver then made eye contact with the victim before driving around his vehicle and pulling up so the driver’s doors were side by side. The driver was described as an older, skinny white male, with no front teeth, tattoos on his left arm, wearing a t-shirt and a ball cap of unknown color.  The driver then pulled out a handgun and held it under his left armpit. The driver then told the victims to give him their phones and wallets. The driver sped out of the parking lot.
They described the truck as a white, silver, or grey 4 door Chevy truck. They stated that the truck appeared to be lifted and had large tires. 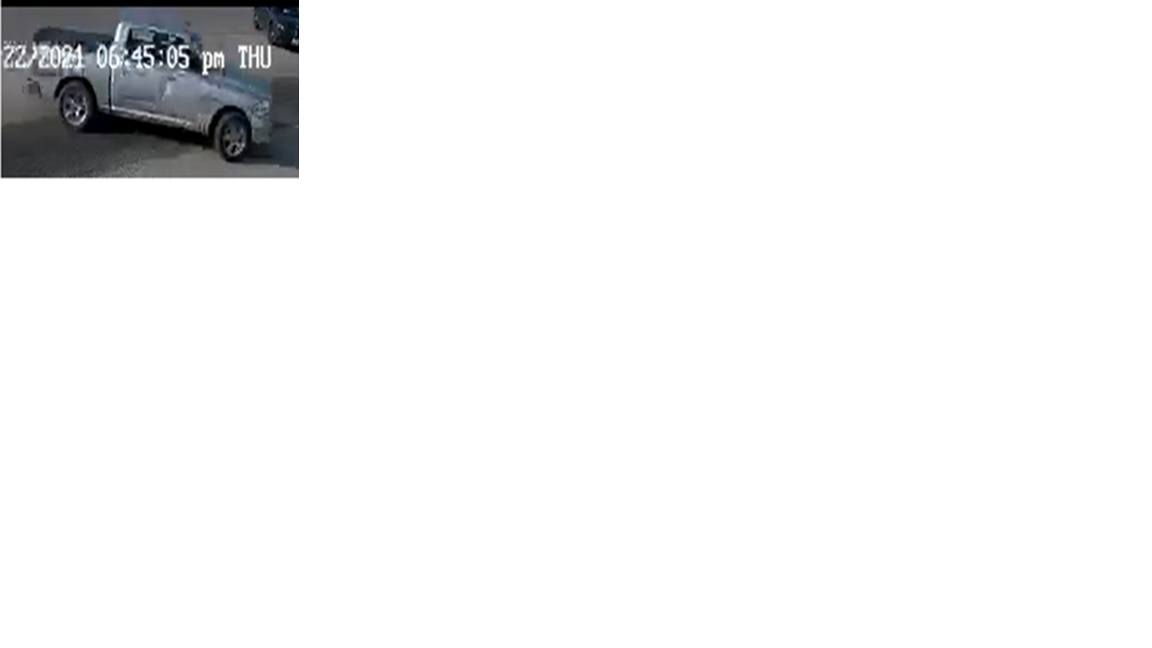 On Saturday July 10, 2021 at approximately 1729 hours, Officers were dispatched to 101 Mira PL, Motel 6, in regards to a theft that just occurred. Upon arrival Officers made contact with the front desk clerk.
The clerk stated that around 1705 hours a black male wearing a white face mask, white tank top, black shorts, and black shoes and a black female wearing a blue jean dress with long white hair. The male has multiple tattoos. Both came into the motel and walked around before the black male jumped over the counter and open the cash drawer grabbing all the cash, approximately $350. Both subjects then ran out of the motel and jumped into a silver 4 door passenger car. The vehicle had damage to the rear and no rear bumper. 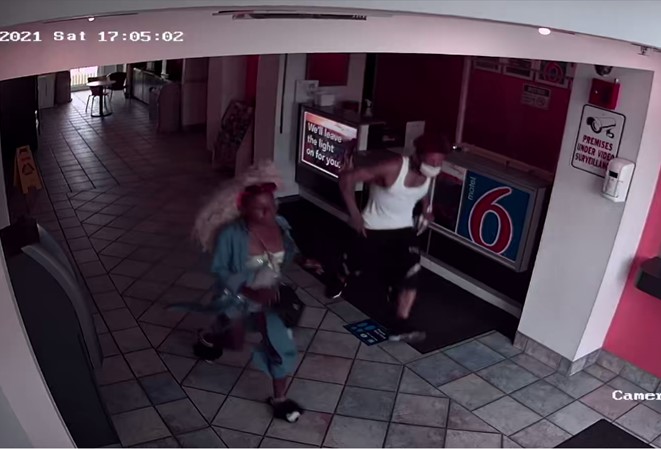 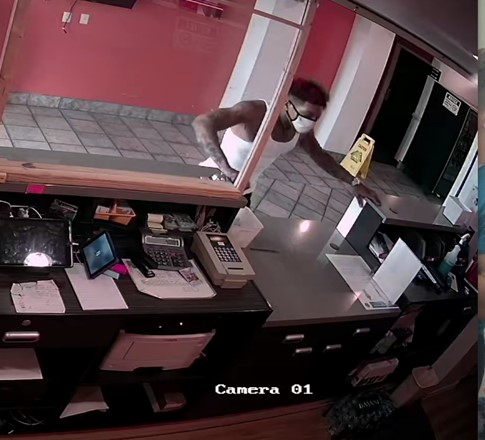 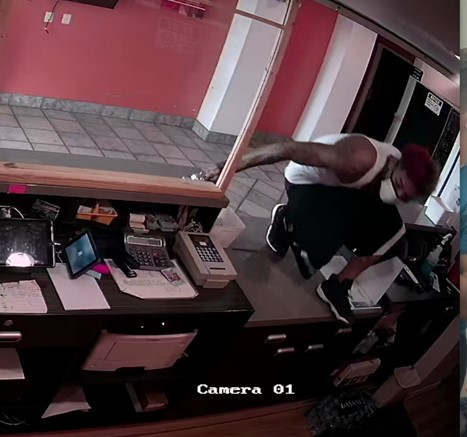 At 0156 hrs on June 18, 2021 two suspects pointing weapons at the store clerk entered the CEFCO located at 125 N SH 274, Kemp TX 75143. Suspect # 1 is wearing a black hoodie with Pilot Point HS on it,  a  black face mask, black track pants with white stripes, and black and white Nike tennis shoes. Suspect # 1 hair is in dreads and he is lighter in color. Suspect # 1 carried in a black backpack with red roses on it. Suspect # 1 is pointing a black handgun at the cashier. Suspect # 2 is shorter and darker in color,  wearing a black hoodie, black long shorts, and black tennis shoes, and is wearing a white skull face mask. Suspect # 2 is pointing a silver handgun at the clerk. Both suspects got away with an undisclosed amount of money and Swisher Black and Optima Red Cigars.

On 04/23/21 the pictured suspect entered Sunglass Hut, located at 301 Tanger Dr. Suite 204, and stole 15 pairs of sunglasses.  After exiting the business with the stolen merchandise the suspect entered a black passenger car and fled the location. The total value of theft is $4314.00. 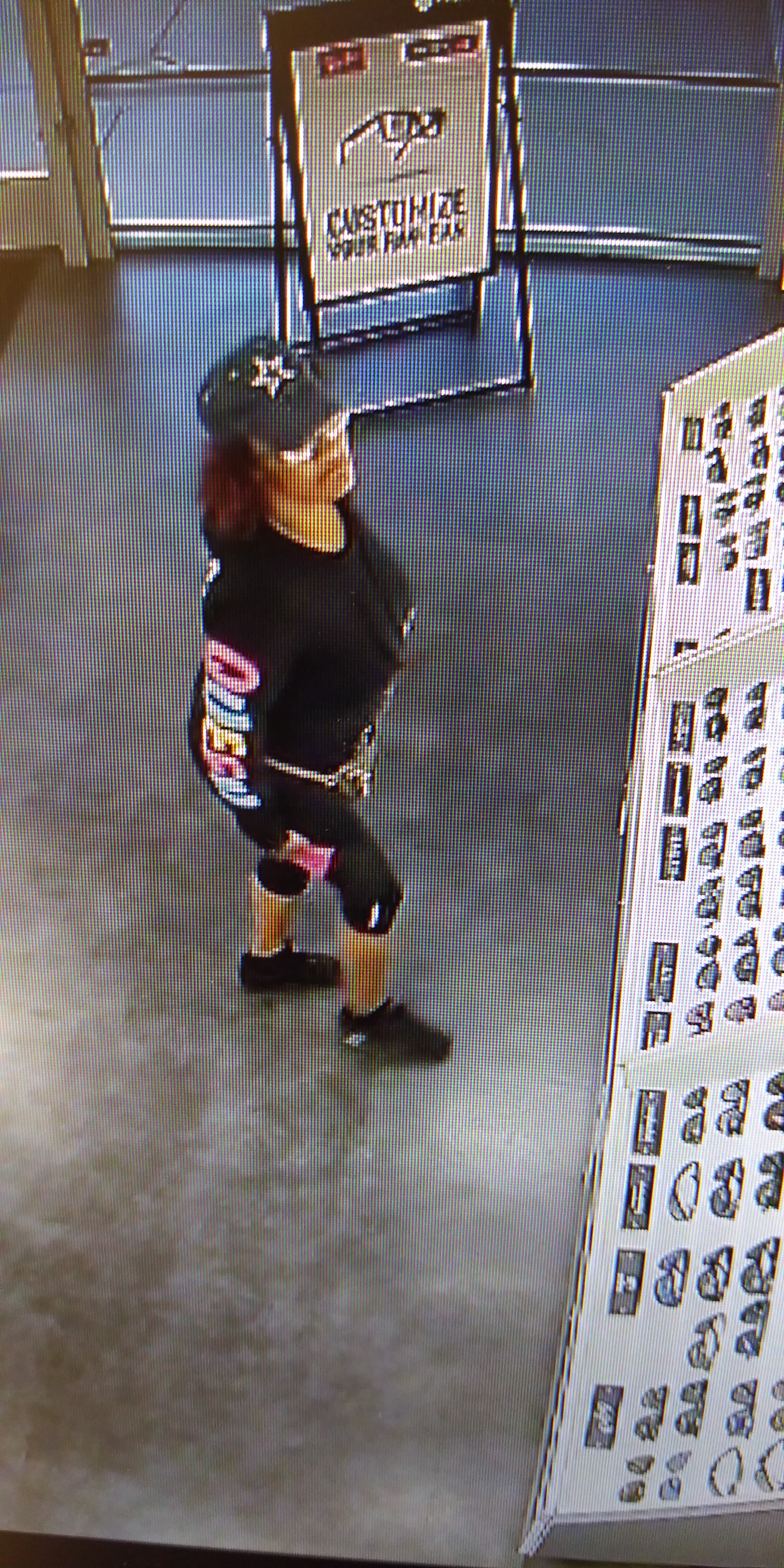 On Sunday February 7, 2021 the below pictured subject was observed inside of the secured fenced area of U-Rent-It, located at 2280 W. Moore Ave, while the business was closed. The subject was last seen leaving the area in a white Mercedes that had damage to the rear divers side fender and a plastic bag covering the rear drivers side window.
Anyone with information concerning the identity of the suspect contact the Terrell Police Department at 469-474-2700 or the Kaufman County Crime Stoppers. 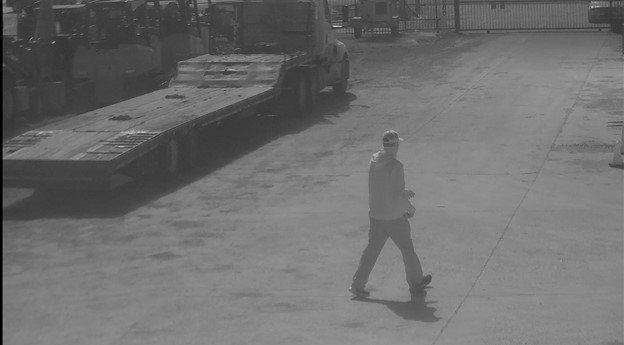 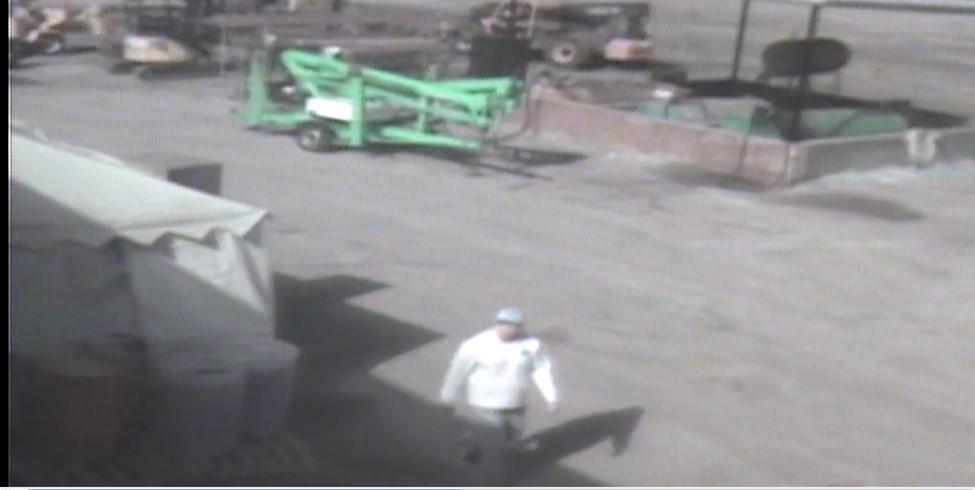 On Saturday November 28, 2020 at approximately 0114 hrs. Terrell Police Department Officers were dispatched to the 400 blk of E. Moore Avenue, under the Hwy 34 underpass, in reference to an assault. Upon arrival, Officers observed that the victim had been stabbed multiple times and his throat  cut. Please contact Kaufman County Crime Stoppers or Detective Seabolt at 469-474-2789 with information regarding this case.

On September 23, 2020 at about 1735 hours the below pictured subjects entered the ULTA Beauty store located at 670 American Way in the City of Terrell. The male was wearing a grey shirt, black pants and black boots. He had a large tattoo on the back side of his neck. The female was wearing a red vest with a flower shirt, black pants and black shoes. She had short black hair. The female also had a large purse. The male and female shopped in the fragrances and cosmetics areas of the store. The female concealed numerous items in her pants, purse and vest before leaving passing the last point of sale. The store protection alarms did not go off due to the suspects taking items with no protection devices on them.
The inventory showed the total cost of stolen items to be $1,943.00.

On Tuesday July 28, 2020, the bellowed  pictured subject entered the Sunglass Hut, located at 301 Tanger Dr., and stole approximately 9 pair of Versace sunglasses with an estimated value of $1500. 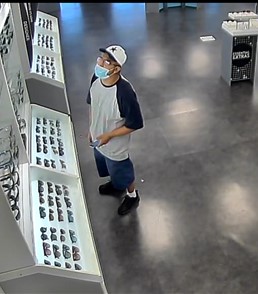